menopause is an Inevitable part of life

My first experience of the symptoms of menopause came in my teens. It was the dead of winter in Connecticut, probably 20 degrees. My family and I were getting ready to go out for dinner when we lost track of my mother. “Susan!” my father called from the bottom of the stairs. My brother and I checked the kitchen. Finally, someone opened the front door and there, standing in the street in short sleeves, was my mother.

“I got hot,” she explained, yelling into the gale-force winds.

Looking back, I now realize what was happening — because I, too, have gone on to defy the elements in a tank top. When my own hot flashes hit, my mother was no longer alive to witness the spectacle. Worse, she wasn’t around to tell me what to expect, how “the change” had in fact changed her and what would happen to me on the other side.

In “Flash Count Diary: Menopause and the Vindication of Natural Life” (the closest proxy I found for my mother and the answers I sought), author Darcey Steinke writes, “I knew so much more going into both menstruation and pregnancy that I did going into menopause.”

Collectively, we are pretty terrible at talking about something that will inevitably happen to more than half of the population. On top of the measurable physical symptoms, if women are to believe pop culture, our shrinking ovaries also portend a loss of sexiness, femininity and desirability.

Instead of sweating it out alone, I spoke with experts and friends to round up the essentials: a glossary of terms, the best products to use while you’re going through menopause and extra resources, including articles and podcasts. So go on and save that tank top for the summer: Here’s your guide to menopause.

Perimenopause: “This is the unofficial label for the time before your period stops,” says Amy Porter, a Virginia-based obstetrician/gynecologist (OB/GYN). Usually beginning in your mid- to late 40s, perimenopause is characterized by heavy or irregular periods, hot flashes, unruly PMS and, for many, bouts of insomnia.

“It’s a long hallway you walk down for around four to 10 years,” quips a friend. 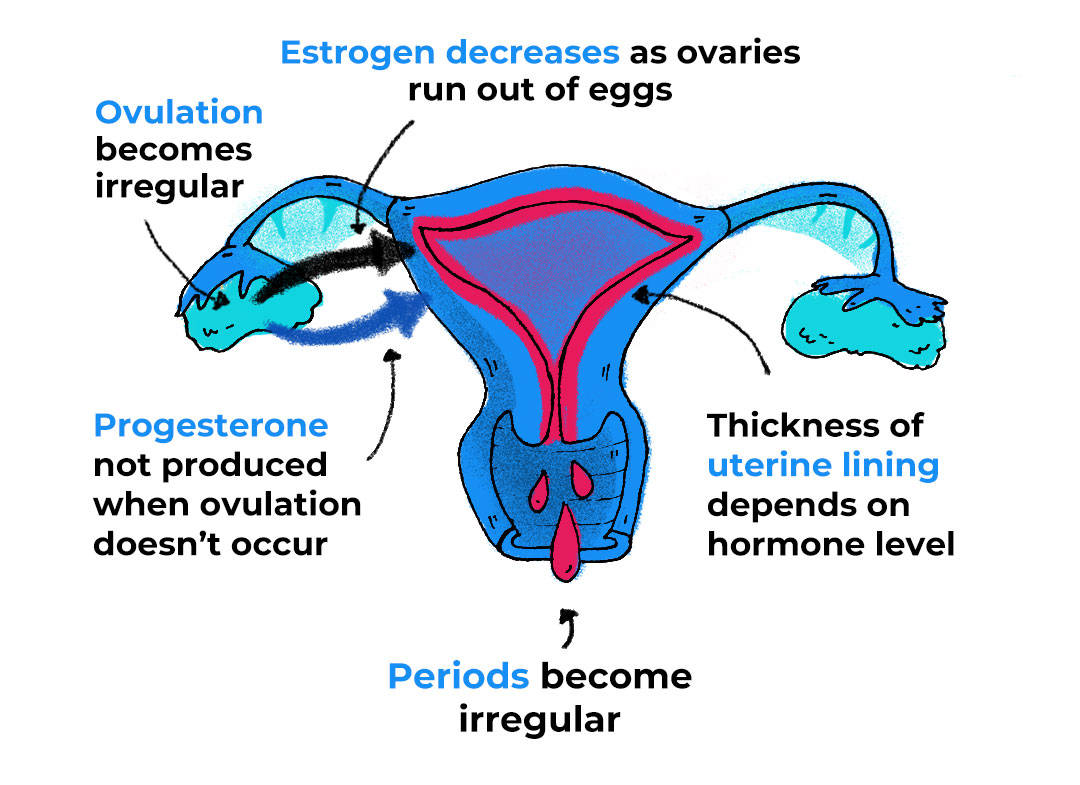 Technically speaking, your ovaries are aging. During peak reproductive years, our estrogen levels rise and fall predictably throughout the menstrual cycle. But as we grow older, we produce less progesterone (another hormone involved in the menstrual cycle), setting up an imbalance. This causes us to forgo regularly releasing an egg every month, hence those irregular periods. To our misfortune, it can lead to hormonal swings that rival puberty.

Hot Flashes: The phenomenon of women turning into human fireballs is a bit of a medical mystery, says Porter. But these sudden waves of heat about the face, neck and chest, plus sweating and a racing heartbeat, have something to do with the hypothalamus, the part of the brain that is in charge of temperature regulation. “Your body thinks it’s cold,” she explains, “so it heats up.” Seventy-five percent of women in this country will suffer from hot flashes during perimenopause (and beyond: “You can have hot flashes when you’re 90,” says Porter). While some sail smoothly without breaking a sweat, others aren’t as lucky. Take my friend, an attorney in Maryland. She says that before she travels to visit her family in Florida, “My pre-visit negotiations about where to set the thermostat are a ‘Seinfeld’ episode.” As proof, she sent me a text in which her side of the conversation reads, simply, “65 degrees.”

Menopause: “Menopause is when your ovaries are done, and they’re done forever,” says Porter. In straightforward terms: Menopause is when your periods stop permanently, and you can no longer get pregnant. Because there’s no definitive way to pinpoint the demise of your ovaries, experiencing 12 consecutive months without having a period is the standard definition of menopause. In America, the average age for reaching the finish line is 51. 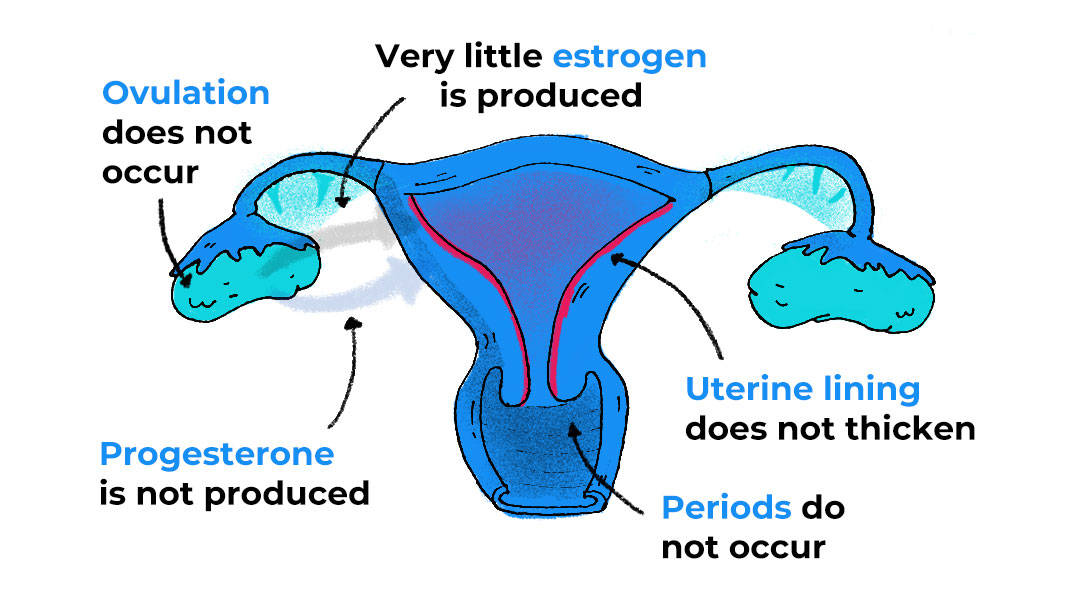 Hormone replacement therapy (HRT): These are medications containing female hormones to replace the ones your body no longer makes after menopause. Shown to be effective in relieving hot flashes and night sweats, estrogen (which comes in pill, patch, gel, cream or spray form) can also prevent bone loss and reduce fracture, as well as help with vaginal discomfort.

There are also low-dose vaginal products containing estrogen, which come in cream, tablet or ring form. While low-dose preparations can treat vaginal symptoms (dryness, painful sex) along with potential bladder problems (from leakage to infections), they do not help with flashes or osteoporosis.

There has been much said about the risks of HRT. According to the Mayo Clinic, these risks depend on the type of hormone therapy, the duration and dose of the medication and existing health factors such as heart and blood vessel disease, as well as your family history of cancer. Studies show that taking a combination of estrogen and progesterone increased the risk of heart disease, stroke, blood clots and breast cancer. 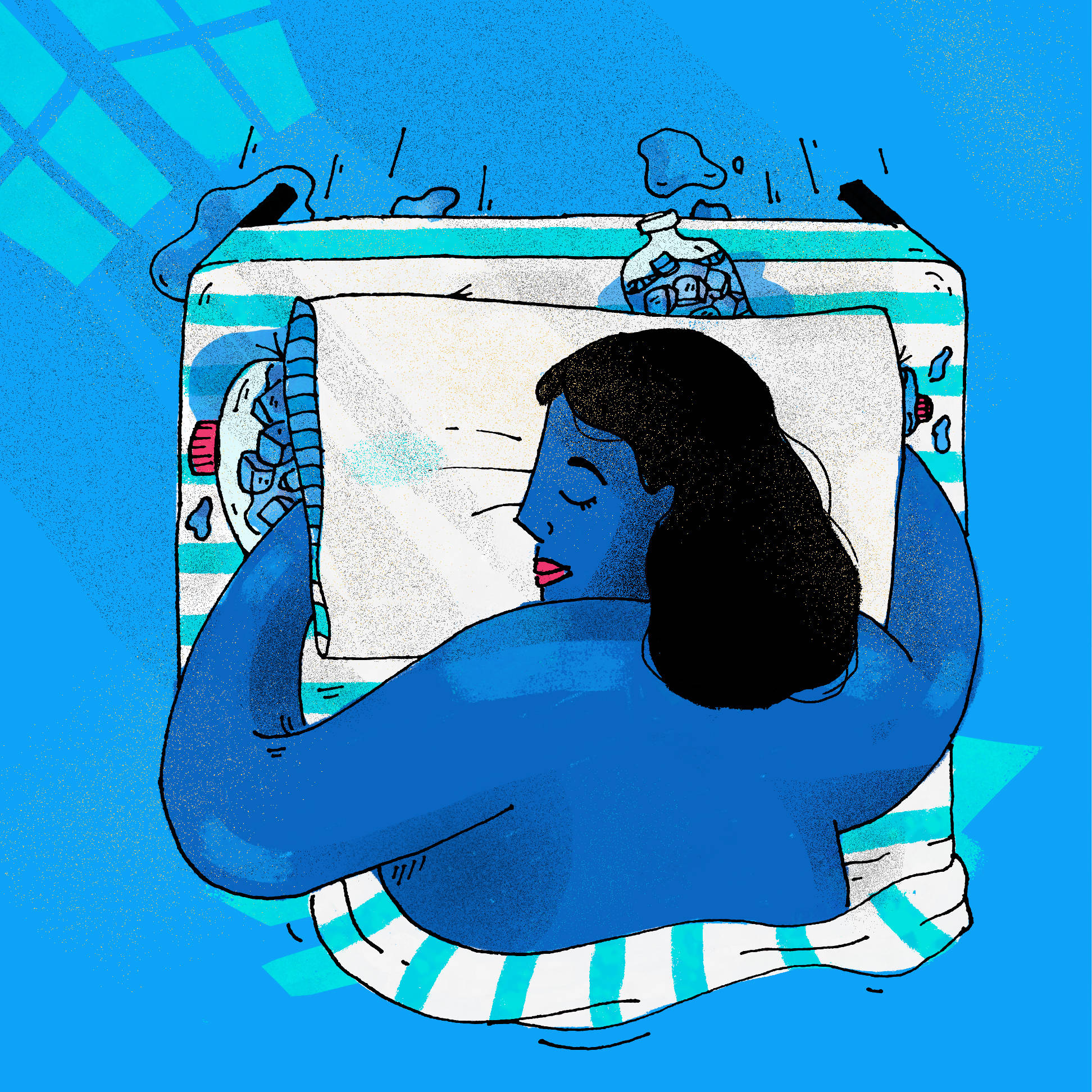 According to Porter, women can experience a bevy of other symptoms, such as irritability, decreased concentration, joint pains and low libido. Here are some products, crowdsourced from friends and doctors, to help alleviate side effects. 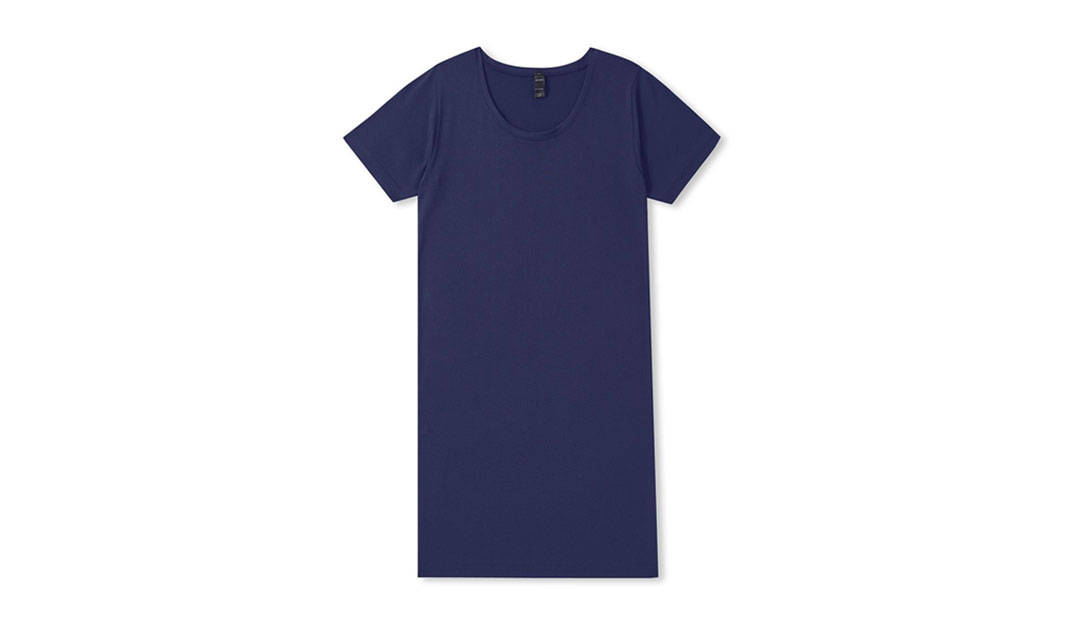 Flash fashion: No need to brave the elements in a tank top now that several fashion brands have developed clothing with built-in, flash-fighting technology. Brands like Become offer T-shirts, nightgowns, camis and even leggings in proprietary fabric that cools skin, wicks moisture and releases heat post-flash. 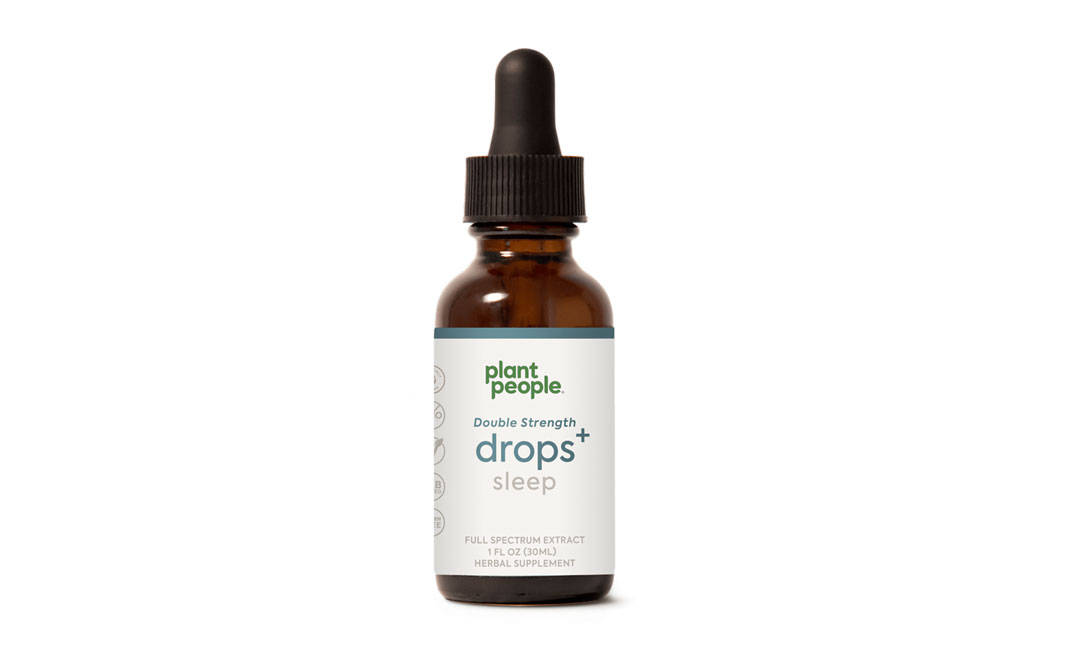 Sleep supplements: CBD is all the rage, and research suggests it may help with those sleepless nights. Before you try one (such as Plant People’s Drops+ Sleep), check with your doctor, because CBD can affect certain medication. Porter also likes ginseng, which can help with mood swings and sleep disturbances.

Nighty night: “The best advice I got was to put ice cubes in a water bottle and keep it under my pillow,” reveals a friend. If that sounds uncomfortable, Sheex sheets are made of moisture-wicking poly-spandex fabric. 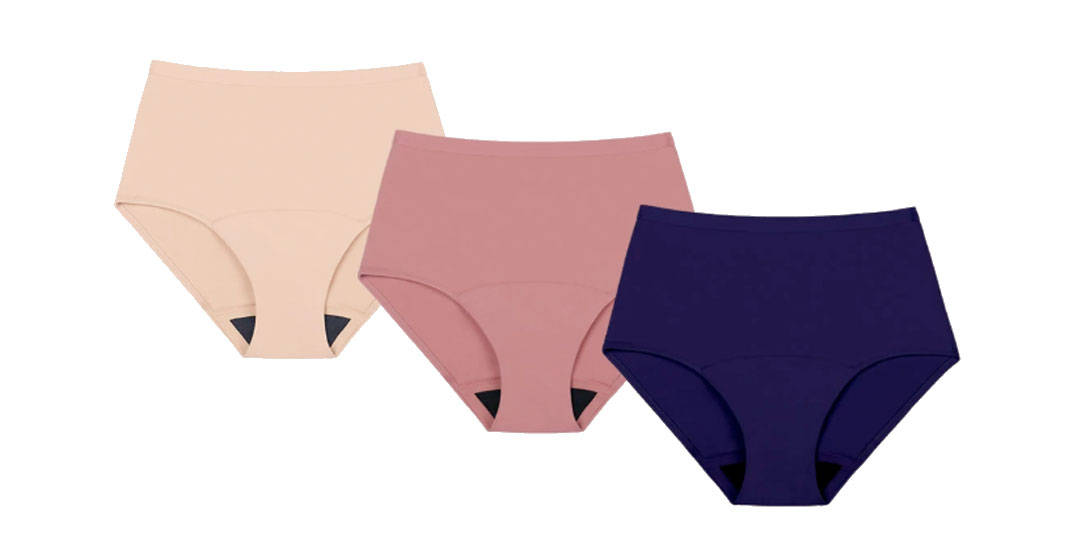 Ditch the pantyliners: Available in styles including hiphuggers, bikinis and even thongs, Speax by Thinx look like anything you’d get from your favorite lingerie brand — except they can hold up to eight teaspoons of urine, as well as neutralize odor. 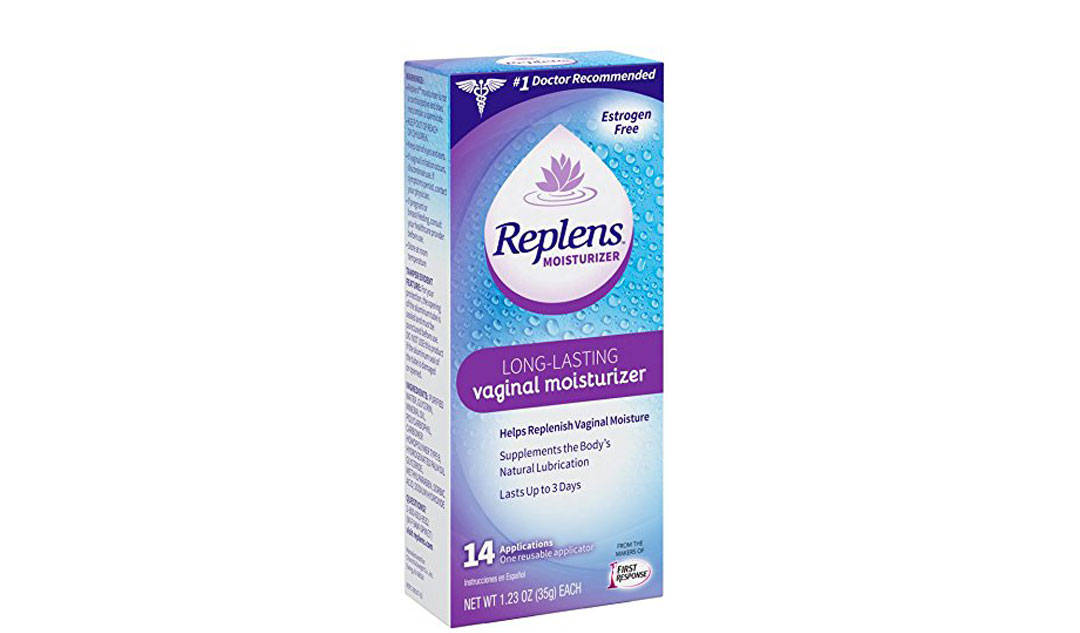 Moisturizer and lube: Vulvovaginal atrophy (VVA) is a common condition associated with the postmenopausal phase. A decreased estrogenization of the vaginal tissue can cause dryness, irritation and soreness during sex. Since close to 50 percent of postmenopausal women suffer from VVA, that means nearly half of us women are likely experiencing painful sex.

“We have to nurture our libido,” Porter says. To do so, it’s important to moisturize. Porter recommends oil-based products, such as Replens’s vaginal moisturizer. As for lubricants, try Good Clean Love’s water-based personal lubricant. It’s also helpful to know you are not alone. Articles like this one can help put things in perspective. 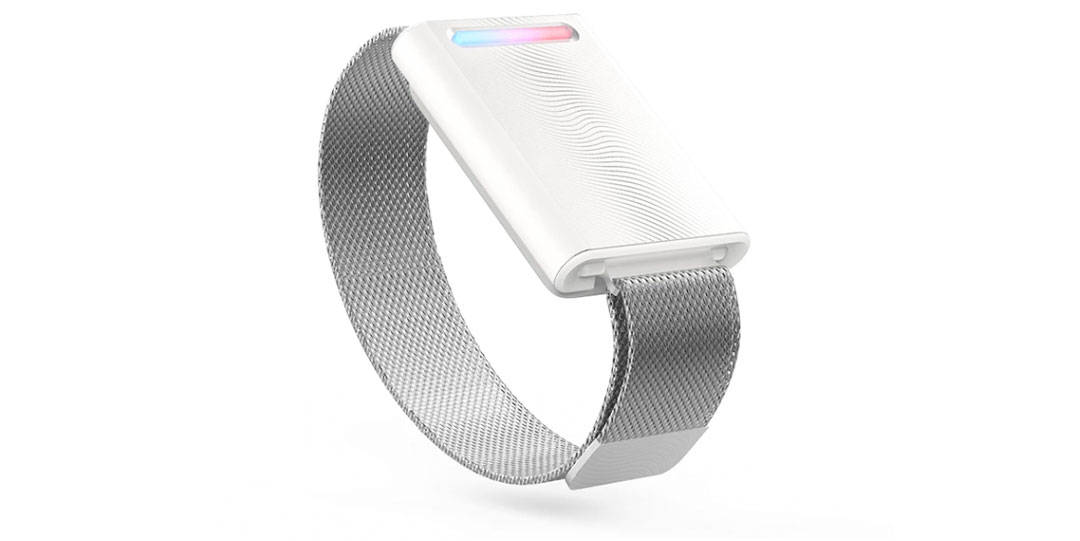 A tech fix: One of my friends from high school says she “could not survive without my Embr. It cuts hot flashes off at the pass.” Resembling a smart watch, the Embr Wave bracelet is a Massachusetts Institute of Technology-developed accessory that controls rising body heat. It triggers a natural response to make you feel 5 percent cooler.

menopause is an Inevitable part of life was last modified: November 7th, 2019 by Kosofe Post

Are you upsetting your child’s MENTAL HEALTH...

AMBODE : PLEASE, BRING BACK OUR WATER