2021: Farmcity Boss Lanre Carew a good material that can succeed Sofola in Kosofe

There are several aspirants interested in succeeding the incumbent Executive Chairman of Kosofe Local government, Hon. Afolabi Sofola in 2021 according to the information at our disposal.

Among the five aspirants on the platform of the All Progressives Congress (APC) interested in 2021 Local government electon gathered by Kosofe Post. The Farm City Boss, Mr. Lanre Carew is one of the big brand currently been tipped to succeed Sofola’s according to our topfligh source in APC.

However, the successful businessman, philanthropist par excellent is second in Kosofe after the Bet9ja founder, Hon. Adekunle Sonam, He provides help without expecting any get help from his beneficiaries as a private business owner.

Apart from taken good care of party members. He is the only one on record that bought cars for APC ward Chairmen in Kosofe, no aspirants or Local government chairmen has everly appreciated such vital organ of a party.

In some local councils, some APC LGA Chairmen are still begging for spoiled of office; car. Carew, However, as an individual has provide supports morally, materially, financially and several car gifts. These are polittical rites the street politicians cherished so much.

He rescued party members in difficult situations according to a source.

No matter the qualifications, knowledge, access, connection and international exposure any potential candidates possessed without given those grassroot politicians that little but the consequential token of love as Carew did in his first appearance will make his ambition easy rather than hard sell to the politicians if he finally declare his interest.

Beyond politics his company; Corporate social responsibility to his hosting community in Lagos East has remained outstanding campared to other big brand around Kosofe.

The Former Chief of staff to the late Senator representing Lagos East, Adebayo Osinowo, Carew though never had an handshake with him but on call or chat he is always courteous, polite, respectful and humble respectively.

He is one of the brilliant men that worked with pepper, who respected protocols and orders unlike others who wanted to be seen allover the late senator without regards to ethics.

When contacted over the late lawmaker monthly salary pledge. He politely directed us to the DG , Primate Charles Odugbesi, also never disappointed in his explanation as well.

If the likes of carew emerges as Kosofe Local government Chairman, good Governance, transparency, accountability, probity, impactful policy’s, programmes and projects execution and implementation will be visible to all unlike the current practice dubbed “Silent Achiever” on public funds, not family funds is far from transparency.

Dipping his hands into Kosofe council treasury without the fear of EFCC, ICPC, Nigeria’s Financial Intelligence Units (NFIU) will not be his ultimate goal but to provide good Governance that people can hear, see and touch like Agboyi Ketu LCDA will be his preoccupation as observed.

He will cherish good name than looting public treasury, acquiring exotic cars and mansions he has already.

He is not the regular politicians who will sacrifice his integrity and hard reputation when entrusted with public funds. However, Human being character can not be 100% predicted if he chose to do otherwise if given the party mandate and when elected it will be a newsworthy story.

As other potential aspirants jostling to succeed the outgoing Kosofe Local government Chairman sofola, across all political parties sees media parley as an important tool for their Ambition and activate their political movements we shall communicate and inform our thousands of readers. 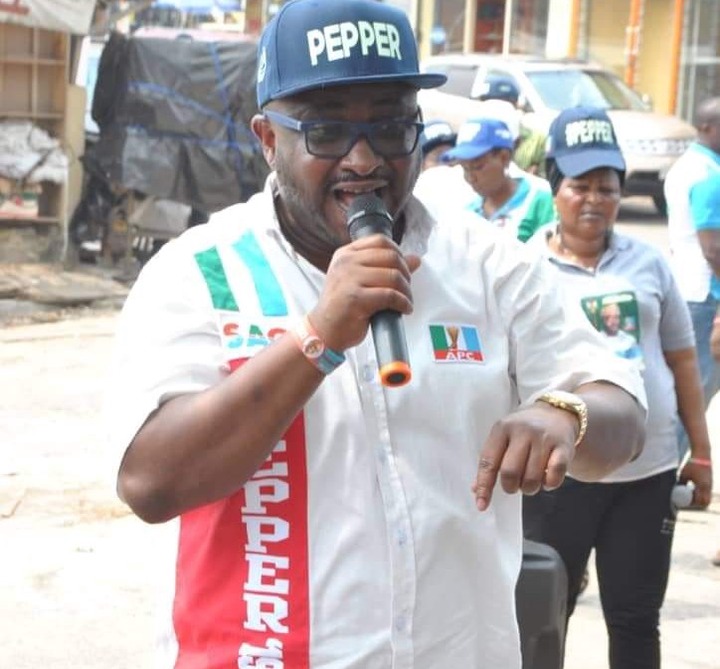 How a lady got pregnant for” father and Son”

Wike is my godfather, I’ll support his...